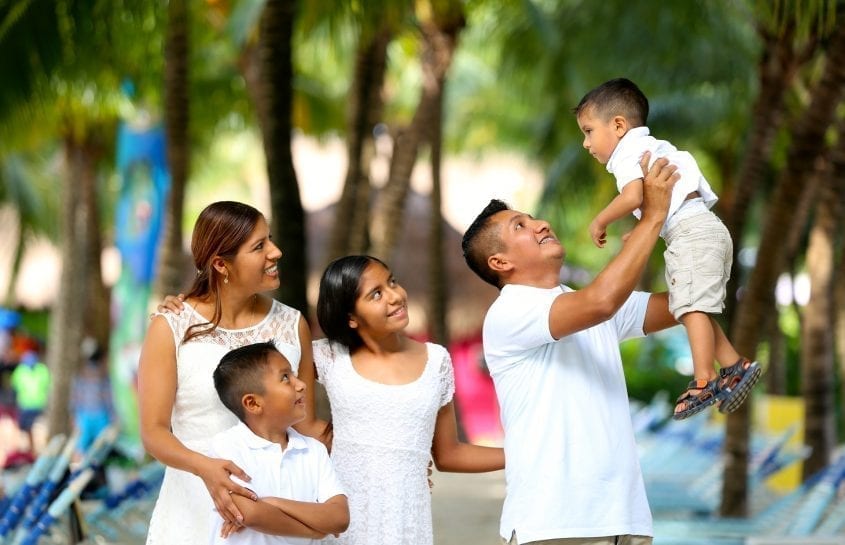 The Language of Community

Nestled in the lush mountains of Durango, Mexico, the villages of Los Charcos and Huazamota are unlikely to catch the eye of the average visitor. Both boast a population of less than 800 people, there is little to no phone reception or internet access in either town, and the closest city is five hours away. They are also both located in a region with some of the highest levels of poverty in the country. Perhaps most notably, however, both villages are the site of an innovative approach to the challenge of bilingual and multicultural education.

This region of Mexico is home to a heavily indigenous population of non-native Spanish speakers. In Los Charcos, the vast majority of students belong to the Tepehuan ethnic group and many are only fluent in their native language O’dam. In Huazamota, the student population is more ethnically and linguistically diverse. Most students identify as either mestizos who speak Spanish, Tepehuanes like those in Los Charcos, or Huicholes, another indigenous ethnic group who speak a different language. Given that most of the teachers in both sites only speak Spanish, and there exist very few educational and literary materials in these indigenous languages, bilingual education may seem like a nearly impossible endeavor in this context.

This is where a teaching methodology known as relación tutora comes in. Using this method, students choose a topic according to their interests, and the teacher guides them by Socratic-style questioning to discover the knowledge they already have of the topic. Using this knowledge as a base, the students learn as much as possible about their topics through self-directed research. Once they have mastered their topic, they serve as tutors to other students — either one-on-one or in small groups — who wish to learn about it. These classmates then become tutors themselves upon mastering the topic in question, and the cycle continues. In an effort to improve educational attainment in its poorest regions, the Secretary of Education of Durango, in tandem with the organization Redes de Tutoría, has been working to implement this method throughout the state’s telesecundarias (distance education middle schools), including those of Los Charcos and Huazamota. As part of the Redes de Tutoría team, I had the opportunity to visit and observe schools in these two sites last winter.

To manage the bilingual challenge, teachers will try to ensure that the students with the best handle on Spanish become tutors. Once these students have mastered their topics, they tutor their fellow classmates in the same topic. Special effort is made to match Tepehuan tutors with Tepehuan students, Huichol tutors with Huichol students, and so on. In many cases, students are tutored in their native language. Yet, depending on the demographics of the class and the academic proficiency of the students, this is not always possible, and many of the tutoring groups are multicultural. Regardless of the language of instruction, however, Spanish grammar practice is integrated into every tutoring session. For example, no matter the subject, students have to create a personal glossary of words that they struggled to understand and search for their definitions in a dictionary.

"The effect can be seen in their vocabulary, their oral expression...we have mestizo teachers in all our classes, and when they speak to them in Spanish, it’s like a foreign world to these students. But now with relación tutora, the learning process for these students has changed. Relación tutora utilizes dictionaries, bibliographies, glossaries, and so the indigenous students know more Spanish words and write much better in the language."

They also have to perform a grammatical analysis where they categorize various words from their readings according to their type (verbs, nouns, adjectives, synonyms, antonyms, etc.).

According to math teacher Alan Montelongo, this strategy has had a profound impact on the Spanish proficiency of indigenous students.

The effect can be seen in their vocabulary, their oral expression…we have mestizo teachers in all our classes, and when they speak to them in Spanish, it’s like a foreign world to these students. But now with relación tutora, the learning process for these students has changed. Relación tutora utilizes dictionaries, bibliographies, glossaries, and so the indigenous students know more Spanish words and write much better in the language.

With relación tutora, indigenous students are able to receive instruction in both Spanish and their native language. There is evidence that such a method puts students in a better position to improve their Spanish and avoid falling further behind their peers who have higher levels of Spanish proficiency. For example, a longitudinal study of bilingual (Spanish-English) programs in the U.S. showed that students in programs which emphasized gradual transition to English fared better academically in the long term than students in either English-only immersion programs or “quick-exit” programs where their native language is used for a short period of time and abruptly phased out after.

In addition to the scholastic benefits, bilingual education helps children to maintain pride in their cultural heritage and linguistic background. This is especially important when one considers the history of oppression and cultural shame that indigenous groups have suffered in Mexico and the Americas in general. Bilingual education can also help to foster a sense of community and inclusion among students of different cultural backgrounds. According to teacher Sixto Mares Navarrete, since implementing relación tutora, “student relations have improved…there is now less discrimination due to a student’s indigenous identity. Before, there was a problem where a student didn’t want to work another student because he is Huichol or because he is Tepehuan.”

Ultimately, the most powerful aspect of relación tutora, regardless of the language of instruction, is that it helps to develop independent learners. As opposed to the traditional model of education where a teacher is the sole party responsible for instruction, relación tutora is based on the idea that all students have the potential to become self-directed tutors and learners by drawing on their prior knowledge and using it to guide further research and exploration. Within the educational context of places like Los Charcos and Huazamota, this methodology empowers indigenous students to draw on their knowledge of their native language to better not only their understanding of Spanish but other subjects as well.