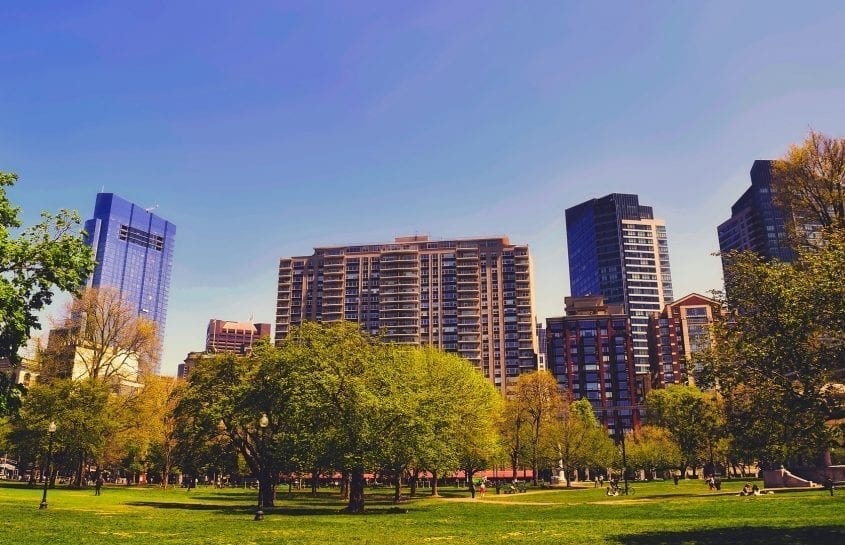 ‘This is a great day for the children in the Commonwealth’

In a move to boost the academic performance of more than 90,000 Massachusetts students who lack fluency in English, the state Legislature Wednesday overwhelmingly approved a measure that would allow local schools to teach students in their native tongue.

The House and Senate votes, which came within hours of each other, would effectively overturn a 15-year-old ballot measure that largely requires schools to teach students with language barriers only in English. Massachusetts is one of the few states nationwide with such a law.

Several legislators said English immersion is a one-size-fits-all approach to instruction that doesn’t work for all students, especially new immigrants who arrive in high school with no knowledge of English and have to study advanced concepts in trigonometry and biology in a language they do not understand.

“English language learners,” as students with language barriers are officially called, are one of the fastest growing populations in the state’s public schools, representing nearly 10 percent of all students.

“This is a great day for the children in the Commonwealth,” said Senator Sal DiDomenico, an Everett Democrat who sponsored the bill, noting that bilingual education works when done right. “I grew up in the City of Cambridge. I saw the benefits and the great work done by our teachers and the learning happening in the classroom with immigrants from around the world.”

The bill now heads to Governor Charlie Baker for his signature, but it remains unclear if he will support the measure.

“The governor will carefully review any legislation that reaches his desk,” said Brendan Moss, a spokesman, in a statement.

The bill, however, passed by veto-proof margins. Just one member of the House — Representative James Lyons, an Andover Republican, voted against it, while the Senate approved it unanimously.

The votes cap off years of lobbying by advocates of linguistic minorities who have long argued that the English-only approach was not working for many students. Across the state, English language learners as a group have among the lowest graduation rates and standardized test scores, although many immigrants eventually flourish academically and graduate as valedictorians.

When voters passed the ballot question 15 years ago, supporters argued that students would learn English faster if they were fully immersed in the language in all their classes. Teachers are allowed to use a student’s native language only sparingly to check for understanding. The law does allow for some limited use of bilingual education, such as programs that allow English-speaking students and non-native speakers to learn one another’s languages.

“We are very excited about this change for our students and their families,” said Helen Solorzano, executive director of the Massachusetts Association of Teachers of Speakers of Other Languages, in a statement. “Teachers have long recognized that many English learners were falling through the cracks under the current system. With the passage of the . . . bill, we will be able to tailor programs to help all our students succeed academically.”

But Rosalie Porter, a Western Massachusetts resident who fought for passage of the English-only law, said she thinks it is a mistake to bring bilingual education back.

“I don’t have a good feeling about it,” said Porter, who is chairwoman of ProEnglish, a Washington, D.C., organization that advocates for laws that make English the official language. “The reason we got so much support for getting rid of bilingual education programs is because they were a failure.”

While the bill brings back what is commonly known as “transitional bilingual education,” in which students learn their academic subjects in their native language while they gain fluency in English, it does not do away with English-only instruction.

Instead, the bill gives school systems flexibility to use either program or any other research-based method that is in compliance with state and federal laws, such as dual-language programs, which enables students to gain fluency in both English and another language. That approach benefits both native and non-native English speakers who want to become bilingual in an increasingly global economy.

The bill also calls for the creation of parent advisory committees for English language learners at schools with high concentration of these students, gives parents choice in picking their children’s program, and instructs the state education department to provide “seals of biliteracy” on high school diplomas for those students who gain fluency in more than one language.

“The Legislature has taken an important step forward in recognizing that students’ cultural and language identities are assets and not deficits to their education,” Chang said in a statement. “It is crucial that students can continue to learn important academic skills while becoming proficient in English at the same time.”

The compromise bill came together Tuesday night after each chamber passed similar legislation this summer, giving advocates for linguistic minorities hope that the law will finally be changed. One of the big sticking points was over how much flexibility school systems should have in choosing a program.

In that regard, the bill requires a school systems to seek approval from the state education department any time it seeks to change its program. The state also has the right to inspect any program it wants if it is concerned about quality.

“It will go a long way to ensuring that we have good programs for all English learners,” said state Representative Alice Peisch, a Wellesley Democrat and cochair of the joint education committee, noting that some students thrive under the English-only approach.

Article provided by the Boston Globe.