5 Reasons Bilingual Education Should Be Required 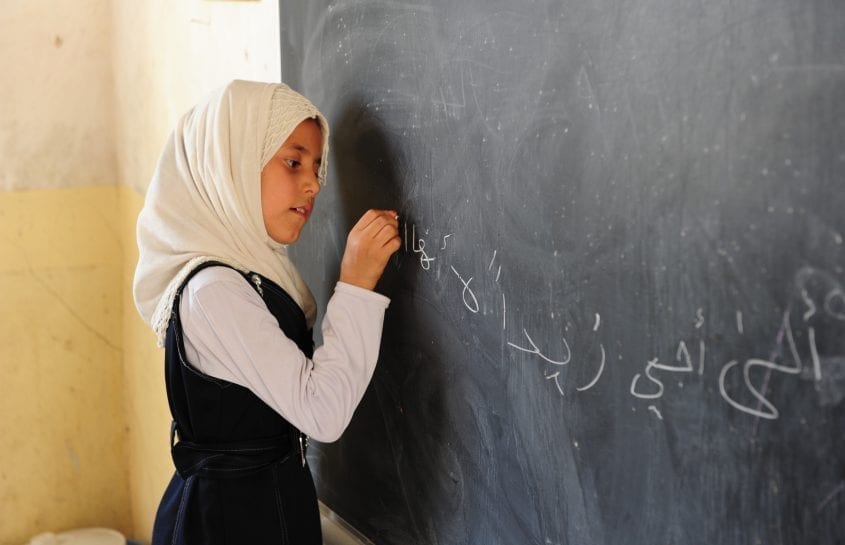 5 Reasons Bilingual Education Should Be Required

This generation of K-12 students is growing up in a society that is increasingly bilingual.  While foreign language requirements have long been a core requirement for high school graduation—second language classes at an earlier age would improve overall fluency for most students.  It’s time to introduce second-language concepts to the youngest of K-12 students, and here are just a few of the reasons why:.

1. Bilingual Children Have an Academic Advantage

Studies in language development show that when young children have more exposure to all languages at an early age, it actually gives them a distinct academic advantage throughout life. There is often an argument that students should first master the English language before branching out to others – but why can’t both be taught simultaneously? Bilingual children are able to focus more intently on the topics at hand and avoid distractions from academic pursuits. They are also able to demonstrate higher levels of cognitive flexibility, or the ability to change responses based on environment and circumstances.

For children to truly see the full potential multi-lingualism has on learning, exposure to non-native languages should actually begin long before Kindergarten.  However, even children who learn their first Spanish words at the age of 5 can benefit from dual language curriculum. Learning is learning. The more that children can take advantage of new concepts, the more in tune their brains will be to all learning throughout life. Some studies have also found that the aging of the brain is slower and the employment rate is higher in adults with bilingual capabilities. Why not set kids up for success and strengthen long-term brain health while we are at it?

There are also the cultural benefits to children learning two languages together. The children who come from English-speaking homes can lend their language expertise to friends from Spanish-speaking homes, and vice versa. Contemporary communication technology has eliminated many global barriers when it comes to socialization and even doing business. It makes sense that language boundaries should also come down and with help from our K-12 education system, that is possible.

4. It Leads to Collaborative Learning

Dual language programs show students a broader world-view, whatever the native language of the student, and lead to greater opportunities for collaborative learning. We should not limit what children learn based on outdated principles masked in patriotism.

It generally takes 5–7 years to be proficient in a second language.  Second-generation Hispanic children raised in the United States usually learn to speak English very well by adulthood, even though three-quarters of their parents speak mostly Spanish and are not English proficient.  However only 23 percent of first-generation immigrants from Spanish-speaking countries—those that began learning later in life, say they speak English very well.  Pew Hispanic Center statistics have shown that 88 percent of the members of the second generation—those children that were introduced to English at an early age, described themselves as strong English speakers.  This phenomenon should apply to children who speak English as their first language as well.  In other words, U.S. students should be introduced to a second language at a young age in order to be fluent by adulthood.  In fact, I believe that all K-12 students should have Spanish and English fluency by graduation.

By implementing bilingual options even younger, K-12 students stand to benefit long-term – both academically and in life. There really should be no reason why these students are not introduced to a second language as early as Kindergarten.

Article by Matthew Lynch at theedadvocate.org.