Treating Language as a Strength: The Benefits of Bilingualism 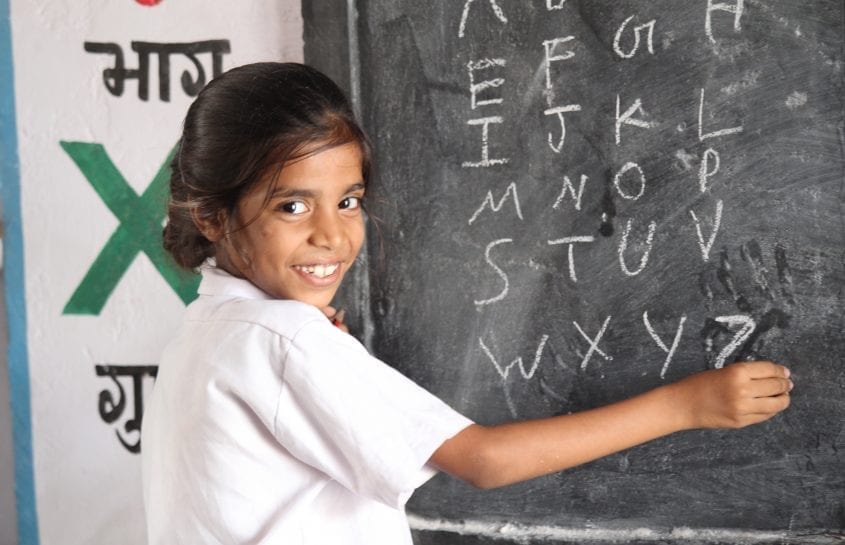 Treating Language as a Strength: The Benefits of Bilingualism

So much of the discussion on English language learners in U.S. schools focuses on what they don’t have (for example, academic English) or what they haven’t been able to do (such as graduate in rates comparable to proficient English speakers). These are real problems that deserve our attention.

But, sometimes it is important to turn around the conversation and talk about what English learners can do—most specifically, speak a language other than English. Yet, to grow from a young child who speaks one language at home to a fully bilingual and biliterate young adult requires an educational investment in developing both languages.

Why should we bother developing bilingual and biliterate students when there’s plenty to learn just in English?

Recently, we’ve heard a lot about cognitive benefits. Research by Ellen Bialystok and Michelle Martin Rhee at York University in Toronto found that bilingual preschoolers have greater cognitive flexibility—in other words, a superior ability to deal with conflicting visual and verbal information. Young bilingual children also show more awareness of how language works and have better social interaction skills. Alena Esposito and Lynn Baker-Warda compared executive function of ethnically diverse, low-income children in dual-language and traditional classrooms. Focusing on second- and fourth-graders, they observed more successful inhibition and rule-switching behavior from kids in dual language classes. On the other end of the age spectrum, researchers hypothesize that the cognitive multitasking involved in speaking more than one language may act as a protection against dementia.

There are also cultural benefits of bilingualism. For immigrant families and communities, raising bilingual children who can speak the language of their family and friends back in their country of origin preserves important relationships, traditions, and identity. At the same time, highly developed English skills provide the ability to participate fully in “mainstream” American life. For families who speak English at home, developing a high level of proficiency in another language opens doors to other ways of thinking about the world and the possibility of relationships with people in other communities and other countries. It’s no surprise that parents are increasingly asking for bilingual education and that there are often lotteries and waiting lists to get into bilingual programs in our public schools.

Some evidence also points to possible economic benefits of bilingualism. A study by the University of Florida found that fully bilingual Hispanics earn an average of nearly $7,000 more per year than their peers who speak only English, and that “corporations cannot find enough fully proficient bilingual employees.” Other studies found more modest benefits to individuals’ incomes.

Most important for educators, there are academic benefits to developing two languages. It is true that third-grade students who started in bilingual education in kindergarten may not do as well on English reading tests as Spanish-speaking children who started in English-only programs. But, it is also true that roughly by fifth grade, these same children in bilingual education are likely to read as well or better in English than those in English-only programs. On top of that, they read and write better in Spanish as well. (So far the most rigorous studies available on U.S. programs have focused on Spanish-English programs, the most common form of bilingual education.)

These benefits are not going unnoticed. In our region, Washington state has enacted a Seal of Biliteracy law, officially recognizing and honoring the bilingual proficiency of their high school graduates. The state’s Highline School District, a highly diverse district in the Seattle metropolitan area, has set the ambitious goal of having all students graduate bilingual and biliterate by 2026. Here in Oregon, the legislature allocated $1 million to start or enhance dual-language programs in elementary schools around the state.

Looking at the assets (rather than the deficits) of English learners is a way of reframing the conversation. Evidence supports an array of benefits of growing up to become proficient in more than one language and the effectiveness of dual-language programs in schools. How can this concept be expanded to improve policy and practice in your school, district, or state?