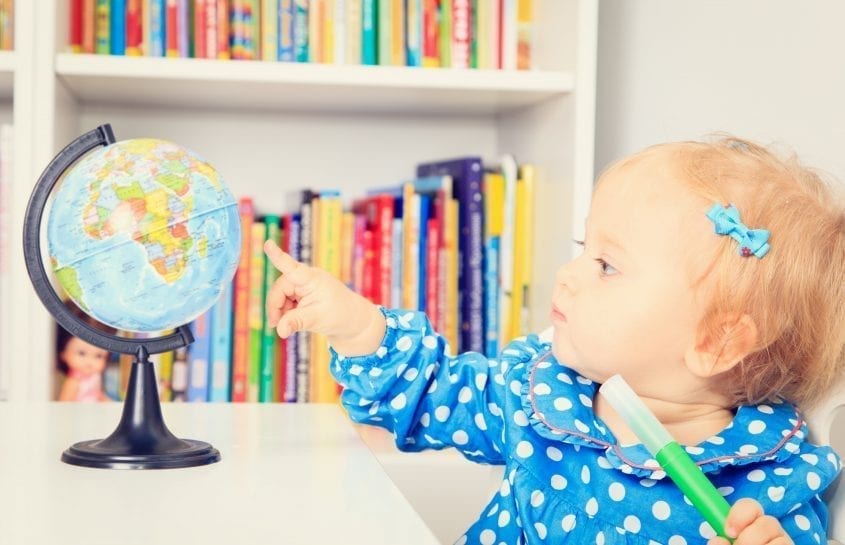 We here at Little Sponges wholeheartedly believe in bilingual education.

Literally hundreds of scientific studies over the past half century have shown that bilingual education – when well designed and well implemented – is an effective approach for teaching second language learners. These findings have been consistent across numerous national borders and languages of instruction, all pointing to the conclusion that bilingual education “works.”

When schools provide children quality education in their primary language, they give them two things: knowledge and literacy. The knowledge that children get through their first language helps make the English they hear and read more comprehensible. Literacy developed in the primary language transfers to the second language. The reason is simple: Because we learn to read by reading – that is, by making sense of what is on the page (Smith, 1994) – it is easier to learn to read in a language we understand. Once we can read in one language, we can read in general.

Proficiency in a second language does not develop separately in the brain, but builds on proficiency in the first language.

Ramirez et al. (1991). This federally funded study traced the progress of more than 2,000 Spanish-speaking ELLs in nine school districts in five states over a four-year period. It found that students in developmental bilingual programs – which featured a gradual transition to English – significantly outperformed their counterparts in quick-exit, transitional bilingual programs and in all-English immersion programs when all three groups were tested in English.

Oller and Eilers (2000). The researchers compared 952 students in Dade County, Florida, enrolled in bilingual and English immersion programs. It reported that bilingual children scored higher in English literacy by 2nd grade – a gap that widened significantly by 5th grade.

Thomas and Collier (2002). Another federally funded study, this research confirmed the patterns reported by Ramirez et al. ELLs in Houston did better academically in programs that stressed native-language development. They fared best in two-way – a.k.a. dual immersion – programs in which English-speaking children learned Spanish alongside ELLs learning English.