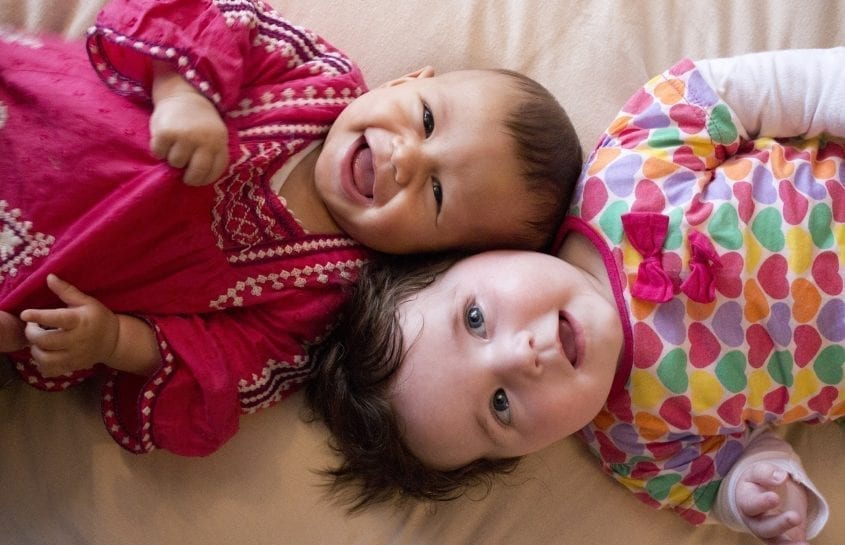 Many parents know that raising their children bilingual has huge benefits in today’s interdependent global world.  However, most people still don’t  realize that the benefits of bilingual education are far greater than the ability to speak multiple languages.  In fact, the biggest benefit of bilingual education is the enhanced cognitive development.  Thanks to modern technology, the benefit of exposing your children to multiple languages can be observed and measured in children as early as 11 months of age.
“Researchers at the University of Washington’s Institute for Learning and Brain Sciences tested a group of 16 11-month-old babies, half of whom were raised with solely English speakers. The other half grew up with both Spanish and English spoken in their respective households.

Higher-functioning brains: Especially interesting is a finding that bilingual babies had more activity in their prefrontal and orbitofrontal cortexes. These areas of the brain are associated with executive functions like personality, decision-making and other complex cognitive tasks”.

“Our results underscore the notion that not only are very young children capable of learning multiple languages, but that early childhood is the optimum time for them to begin,” the study’s lead author, University of Washington research scientist Naja Ferjan Ramirez, said in a statement.